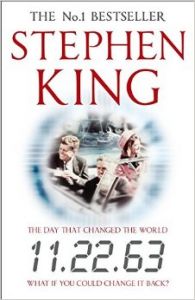 Dancing in the Dark (P)

The Backbenchers : The Extra...

PMR: Another Chance at Life...