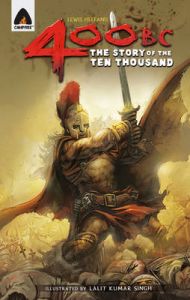 400 BC: The Story of the Ten Thousand

Other books by Lewis Helfand

They Changed The World : Edison,...

Mother Teresa: Angel of the Slums

MUHAMMAD ALI : THE KING OF THE RING

Mother Teresa: Saint of the...

Legend: The Labours of Heracles

The Story of My Life

In Defence of the Realm