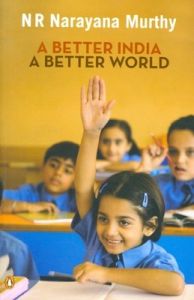 Other books by N.R. Narayana Murthy

Rajiv Gandhi: His Vision of...