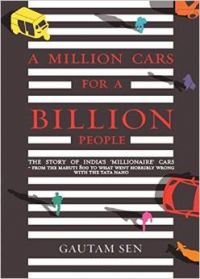 A Million Cars for a Billion People (English)

Other books by Gautam Sen

Garden of My Feelings

ABC of servicing and maintaining...