Track Order Your Cart
Buy Books Online > History of the Americas > A Ruined Land: The End of the Civil War (English) (Paperback) 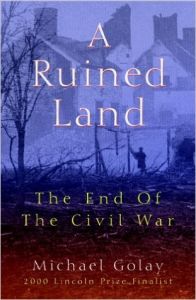 A Ruined Land: The End of the Civil War (English) (Paperback)

Gandhi: In The Mirror of Foreign...

Life And Conditions of The...

The Ancient World: Ideas in...