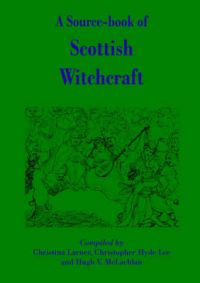 A Source-book of Scottish Witchcraft

The Art of Living: Vipassana...