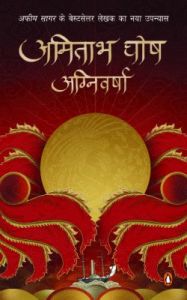 Other books by Amitav Ghosh

The Calcutta Chromosome : A...

The Great Zoo Of China