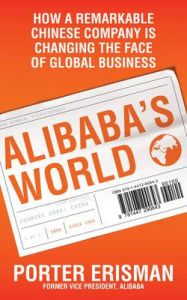 Alibaba's World : How a Remarkable Chinese Company is changing the face of Global Business (English) (Paperback)