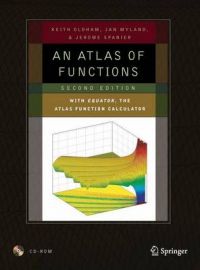 An Atlas of Functions: With Equator, the Atlas Function Calculator

By: Keith B. Oldham

Other books by Keith B. Oldham

An Atlas of Functions: With...