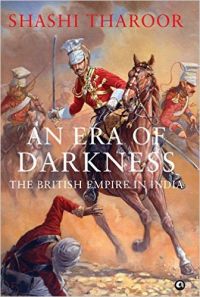 An Era of Darkness : The British Empire In India - Demy (HB)

Other books by Shashi Tharoor

India : From Midnight to the...

Bookless in Baghdad: And Other...

Patriots And Ballards At Gallows

Politics of Corruption: The...

by Shashi B. Sahai, Ips

India Mutiny to Mahatma and...