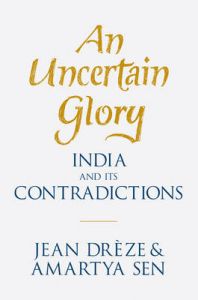 An Uncertain Glory: India and its Contradictions

Development With A Human Face: A...