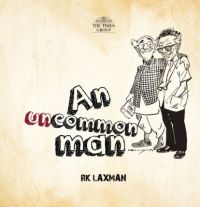 By: Times of India

Other books by Times of India

The Best of Speaking Tree: v. 1

A Different Life: Growing Up...