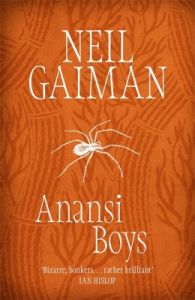 Other books by Neil Gaiman

Odd and the Frost Giants

Half Love Half Arranged...