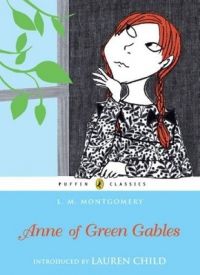 Other books by L. M. Montgomery

Chronicles Of Avonlea, In Which...