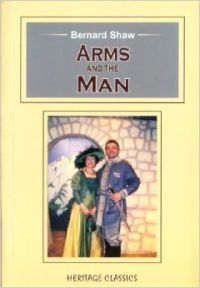 ARMS AND THE MAN (English) (Paperback)

Other books by BERNARD SHAW

The Complete Plays of George...

Man and Superman: A Comedy and a...

The Prisoner of Zenda

The hotel at the end of the world