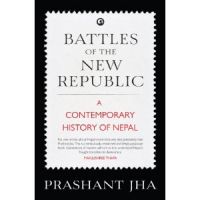 Battles Of The New Republic: A Contemporary History Of Nepal

Perhaps the most important book on Nepal to ever be published, Battles of the New Republicwill be required reading for anyone with an interest in Nepali politics and in Indo-Nepal relations.
In clinically exposing the extent of India's interference in Nepali affairs, Prashant Jha breaks new ground in journalism in the subcontinent.
Prashant Jha also explores the links between the Naxalites of India and the Maoists of Nepal, laying bare the linkages between the two.
Battles of the New Republic chronicles the politics of the Tarai region of Nepal in minute detail, perhaps for the first time in the English language.
The book focuses unsparingly critical light on the lives and careers of both Baburam Bhattarai and Pushpa Kamal Dahal 'Prachanda', arguably the most vital agents of transformation in modern Nepal.
Read less

The Battle of the Huertgen Forest

by Charles B MacDonald

New Man For The New Millennium