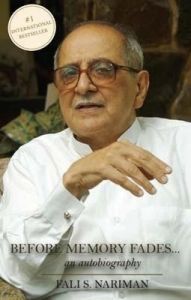 Other books by Fali S. Nariman

The State of the Nation