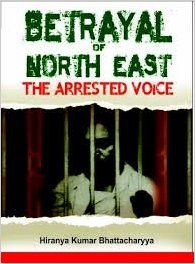 Transformation of the Indian...

The thangal naga tribe of north...

The Voice Across The Border...