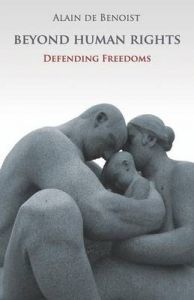 Other books by Alain de Benoist

The Problem of Democracy

Manifesto for a European...

After the Cataclysm: The...

Protection of Human Rights And...