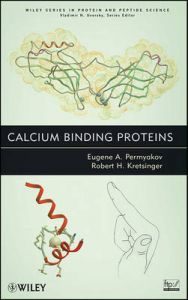 Other books by E. A. Permiakov

by Roger A. Clegg

Quantitation of Amino Acids and...