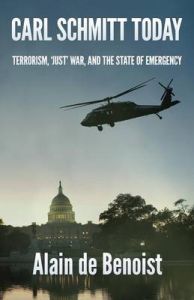 Other books by Alain de Benoist

The Problem of Democracy

Manifesto for a European...

by Walter A. Davis

Red-hot and Righteous: The Urban...