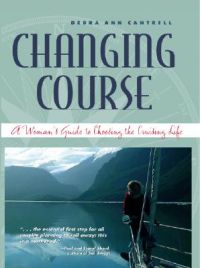 Changing Course: A Woman's Guide to Choosing the Cruising Life

Women Status and Empowerment in...