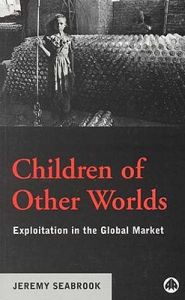 Children of Other Worlds: Exploitation in the Global Market

Street Children And The Asphalt...