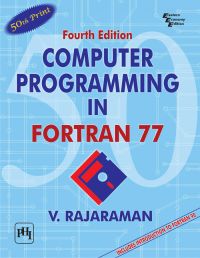 COMPUTER PROGRAMMING IN FORTRAN 77 (With an Introduction to FORTRAN 90)

Other books by V. Rajaram