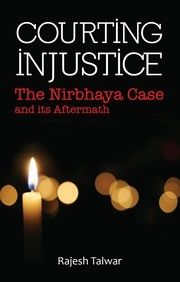 Courting Injustice : The Nirbhaya Case and its Aftermath (English)

Other books by Rajesh Talwar

The Third Sex And Human Rights

A Most Unsuitable Girl (A Play...

From The Lips of The Goddess:...

Introduction to the Constitution...

Politics of Nation Building In...