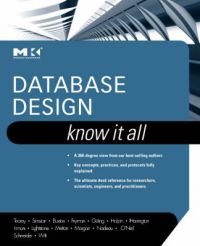 Database Design: Know it All