Track Order Your Cart
Buy Books Online > Philosophy of science > Deadly Choices: How the Anti-Vaccine Movement Threatens Us All 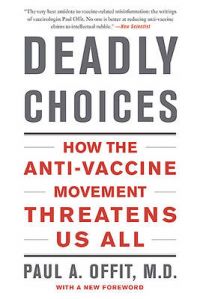 Deadly Choices: How the Anti-Vaccine Movement Threatens Us All

Pox: Genius, Madness and the...