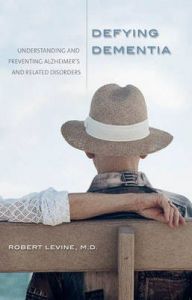 Other books by Robert Levine

Your Guide to Alzheimer's Disease