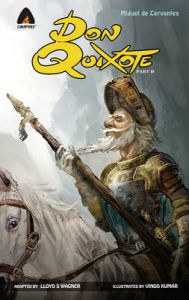 Other books by Miguel de Cervantes

The Trials of Persiles and...