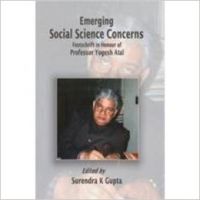 Other books by Surendra K. Gupta

India Today: Issues Before The...

Methods in Political and Social...