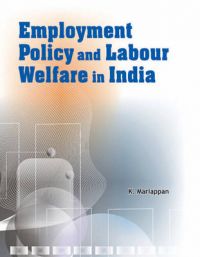 Other books by K. Mariappan

The Fight Against Unemployment:...