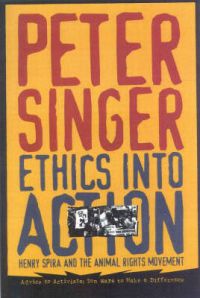 Ethics into Action: Henry Spira and the Animal Rights Movement

Other books by Peter Singer

One World: The Ethics of...

A Handbook of Poll Sureys In...

Issues in Ethics and Animal Rights

by Vyas, Manish A