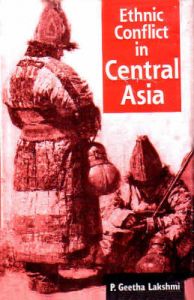 Concepts and methods from comparative studies, sociology, political sciences are widely used to make this study topical and relevant today. The main body of the study is historical analysis of ethnic conflict concepts and ethnic identity, as the two cases under study are rich in Buddhist and Islamic cultural identities.

The book is organized into seven chapters including a very balanced introduction. During the course of the study, the nature, content and consequences of ethnic demonstrations in Tibet (centered in Lhasa) and in Kazakhstan (Alma-Ata, Novy Uzen) are described in detail and compared with each other. Towards the end, the book views the emergence of central Asian states as a result of ethno-nationalist re-assertions and explains Tibet's failure to achieve a similar status in comparative terms. Three maps, four appendices and select bibliography are highly useful and provide historical data and chronology regarding Tibet and Kazakhstan for further researches.

Conceptualization of the thesis and the conscientious attempt to collect necessary empirical data substantiate the discussions throughout the study. This work will no doubt prove to be a source of inspiration and enlightenment to the budding research scholars in this area. In letter and spirit, it is a valuable contribution to the existing literature.

Other books by Geeta Lakshmi

Social Impact of Militancy In...