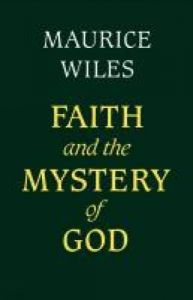 Faith and the Mystery of God

Other books by Maurice F. Wiles

The Remaking of Christian Doctrine

God's Action in the World

The Book Of Understanding

A Reader in Pentecostal...