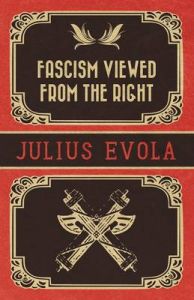 Fascism Viewed from the Right

A History of the First World War