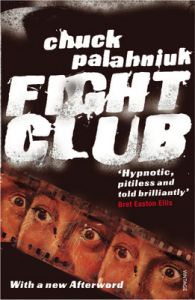 Other books by Chuck Palahniuk

The Dance of Death

Dust that Falls from Dreams, The