Track Order Your Cart
Buy Books Online > History of the Americas > Founding Friendships: Friendships Between Men and Women in the Early American Republic 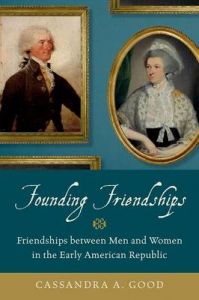 Founding Friendships: Friendships Between Men and Women in the Early American Republic

By: Cassandra A. Good

What Makes a Man Feel Loved:...

Becoming the Woman of His...

Women Status and Empowerment in...