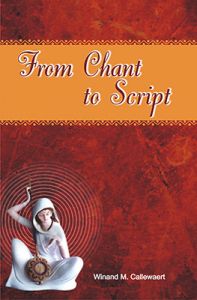 From Chant to Script (English) (Paperback)