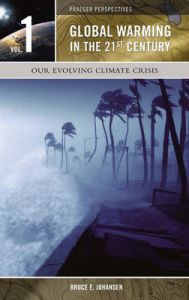 Global Warming in the 21st Century: Our Evolving Climate Crisis, Melting Ice and Warming Seas, Plants and Animals in Peril

Other books by Bruce E. Johansen