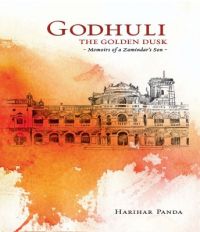 Godhuli The Golden Dusk Memoirs Of A Zamindar'S Son (English)