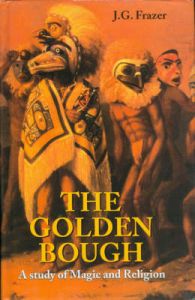 Golden Bough. A Study of Magic and Religion. 2 Volumes Set

The Golden Bough: A Study of...

Golden Bough. A Study of Magic...

Spirits Of The Corn And The Wild...

Spirits Of The Corn And The Wild...

The Sixth: The Legend of Karna:...

Dictionary of Hindu Lore and Legend