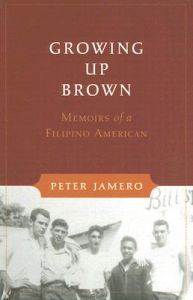 Growing Up Brown: Memoirs of a Filipino American

The Encyclopaedia of Tennis