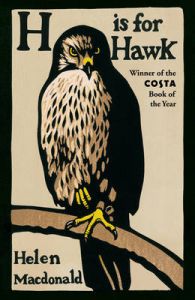 H is for Hawk

Other books by Helen Macdonald

A Photographic Guide to Birds of...