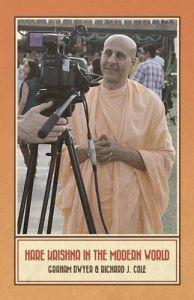 Hare Krishna in the Modern World

Hanuman: The Devotion and Power...