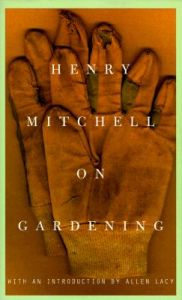 Other books by Henry Mitchell

Secret Gardens of the Cotswolds