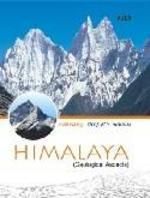 Other books by Prof. P.S. Saklani

Ecology And Environment In The...

Kinnaur in the Himalayas:...