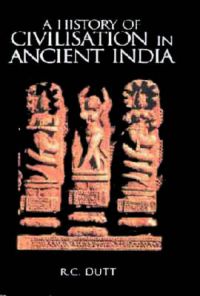 History of Civilization in Ancient India, based on Original Sanskrit Sources. ; set in 2 volumes

Other books by R.C. Dutt

History of Civilization in...

Philosophy of the Bhagvad Gita....