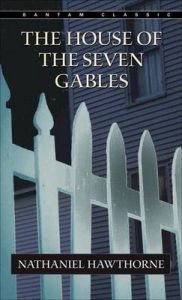 House of the Seven Gables-RH

Other books by Nathaniel Hawthorne

The Scarlet Letter: A Romance

Selected Tales and Sketches (The...

Passages From The French And...

A Haunted House And Other Stories

Welcome To The Monkey House and...