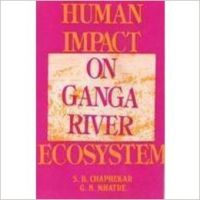 Other books by S.B. Chaphekar

After the Cataclysm: The...