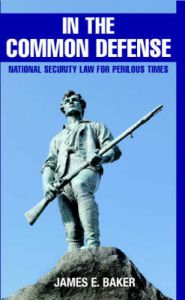 In the Common Defense: National Security Law for Perilous Times

Lawfare: Law as a Weapon of War

Holding the Line: Us Defense...